When planning your North African vacation, you may wonder why you should visit the Imperial Cities of Morocco. Read on to learn what makes these for cities – Fez, Morocco, Meknes, and Rabat – so special.

Why You Should Visit the Imperial Cities of Morocco

The four Imperial Cities of Morocco are Fez, Marrakesh, Meknes, and Rabat. Each played an important role in the history of Morocco. And each has plenty to offer to visitors looking to learn more about this incredible country. Do you prefer to travel independently? If not, there are a number of wonderful Imperial City tours available. (Contact us to create a custom tour just right for you!) Here are some great reasons why you should visit the imperial cities of Morocco!

The Imperial City of Fez

Many people consider Fez, (or Fes) to be the cultural capital of Morocco. Founded in the 8th century, Fes is the oldest of the Imperial cities. Fes has been the capital city several times throughout Morocco history. Four different dynasties have favored the city – and as recently as 1912.

Fes is the second largest city after Casablanca. There is an area of the city (Ville Nouvelle) that is quite modern. Regardless, the city of Fez possesses a rich sense of history. The oldest part of the city is the walled Medina – Fez el Bali – dating back to the eighth century. But even the area known as “New Fez” – Fez el Jdid – dates back to the 13th century.

Fez is approximately 5 and-a-half hours away from Marrakech by car, or you can fly there in an hour if you prefer. One of the most popular ways to enjoy the ancient city is by taking a Moroccan tour to Fes. There are tours available in the city, as well. Whether you book a tour or travel there independently, there are several historical locations you don’t want to miss. Two such places are:

As you walk through the beautiful Bab Boujeloud into the Fez Medina it is like returning to the 8th century. Cars are not allowed in the walled city. The meandering walkways and dead-end alleyways are ancient, mysterious, and challenging. Tour guides are a great option if you prefer some guidance while exploring.

Visit the Nejjarine Museum of Wood Arts and Crafts

Housed in the 14th-century Inn of the Carpenters, you will find a small and fascinating museum. This lovely place houses an amazing display of the many native kinds of wood of Morocco and the crafts made with them. You will see many 18th and 19th-century woodworking tools. And you will also see incredible examples of furniture, doors, and small items made throughout the country’s history.

The Imperial City of Marrakesh

Widely considered to be the ultimate symbol of Morocco, Marrakesh was the capital city from 1071 to 1244 and for briefer periods of time after that. Like Fez, four different dynasties favored Marrakech as their capital. This vibrant city offers a tantalizing combination of the ancient and the modern. And no trip to Morocco is complete without paying a visit to this Imperial city.

Three locations to visit in Marrakesh are:

Located in the old Medina, Jamaa El Fna is an open-air theater surrounded by markets and cafes. This extraordinary place fills with storytellers, snake charmers, singers, and more each day. At night, grills and food carts come alive, serving up delicious eats and treats until late into the night. If you really want to feel the pulse of this ancient place, don’t miss out on this experience.

Islamic Art Museum of Marrakech and the Majorelle Gardens.

The late French painter Louis Majorelle created the enchanting Majorelle Gardens. Filled with bamboo thickets and lily ponds, it is a haven of peace in the midst of the bustling city. Located within the gardens is the small, but fascinating Islamic Art Museum of Marrakech – also known as the Berber Museum. This incredible exhibit includes ceramics, weapons, rustic household tools, and tribal jewelry. Be sure to visit the museum shop and check out the cafe, too!

The Imperial City of Meknes

Moulay Ismail Ibn Sharif founded Meknes, making it his capital city. It remained so until a terrible earthquake caused severe damage to the palace in Meknes. At that time, Moulay Ismail’s grandson, Mohammad III, moved the capital back to Marrakech.

Meknes is often overlooked by visitors with their sights set on more popular locations like Casablanca and Marrakech. But the quiet and peaceful pace of Meknes makes it an enjoyable place to visit and explore. Three great historic places to visit in Meknes:

Pay Your Respects at the Mausoleum of Moulay Ismail

The final resting place of Sultan Moulay Ismail is one of the four Moroccan sacred sites open to non-Muslims. It features a central fountain, cedar and stucco walls, and the beautiful mosaic tiles. Non-Muslims are not allowed to approach the tomb itself but you can view it from the doorway.

Be Amazed by Heri el Souani (the Royal Granaries)

Said to be one of Moulay Ismail’s most amazing achievements, the Royal Granaries is a must-see. Built to hold enough grain to feed 10,000 horses for 20 years, this place is so large that there is actually a cedar forest planted on the roof. Behind the granaries are the remains of the royal stables which were once the home of around 1,200 purebred horses. This place of beauty is often used for receptions and summer concerts.

This exquisite building is actually a 19th-century palace. Explore the Andalusian garden and pavilion where you will find the Museum of Moroccan Art. You’ll enjoy the wonderful collection of jewelry, carpets, needlework, ceramics, and more. While there, be sure to look closely at the surrounding architecture, too. And you don’t want to miss the beautifully carved Cedar ceilings on the second floor of the palace.

The Imperial City of Rabat

Rabat is the current capital city of Morocco, but it took a long time to get there. The Almohad caliph Yaqub al-Mansur founded Rabat in the 12 century and intended it to be his capital city. However, he died because this could happen.

Alaouite sultan Muhammad ibn Abdallah designated Rabat an Imperial City in the 18th Century. He built the Dar al-Makhzan palace in there, too, but never declared Rabat to be his capital city. Rather, he moved frequently between the city, Fez, and Marrakech.

Rabat was finally declared the capital city in 1912 and has remained so for over a century. It is a popular tourist destination and a UNESCO World Heritage Site. When visiting, be sure to check out the following places:

Built on high ground, people created this grand structure as a means of defense. As you explore, you will find beautiful views of the surrounding area. There are picturesque houses and a stunning mosque. Be sure to leave time to explore the lovely Oudayas Gardens at leisure.

Explore the Museum of History and Civilization

This wonderful museum displays many artifacts throughout the history of Morocco. There are items from prehistoric times. You’ll also see beautiful pieces from the Roman and Islamic periods. You can feel how ancient that Moroccan land truly is as you take in the relics from times past.

Savor the Beauty in the Mohammed VI Museum of Contemporary Arts

This museum is an absolute must-see if you have the time. Not only will you see some amazing older pieces of work, but you will also see some of the best in Contemporary art from all areas of the country.

If you want to delve a bit into the history of the great country of Morocco, the cities of Fez, Marrakesh, Meknes, and Rabat are a great place to start. Be sure to include some or all of these activities in your vacation plans. Because now you know so many great reasons why you should visit the Imperial Cities of Morocco. 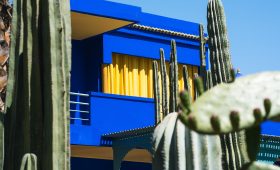 Are You Thinking About a Morocco Honeymoon? 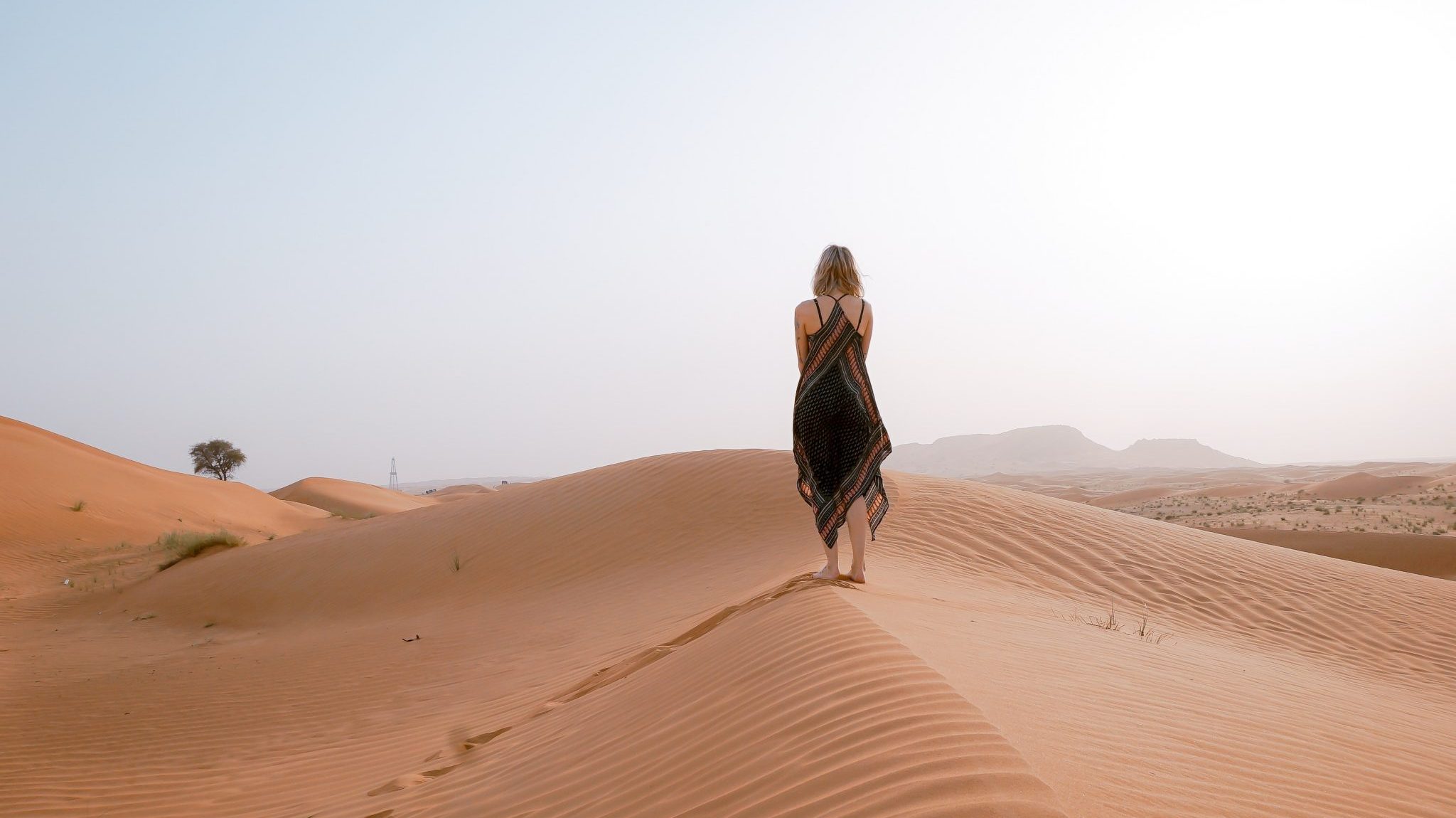 6 Reasons to Take a Guided Morocco Desert Tour From Marrakech

Why You Should Visit Skoura and the Kasbah Amridil

Hassan II Mosque in Casablanca is a great stop whe